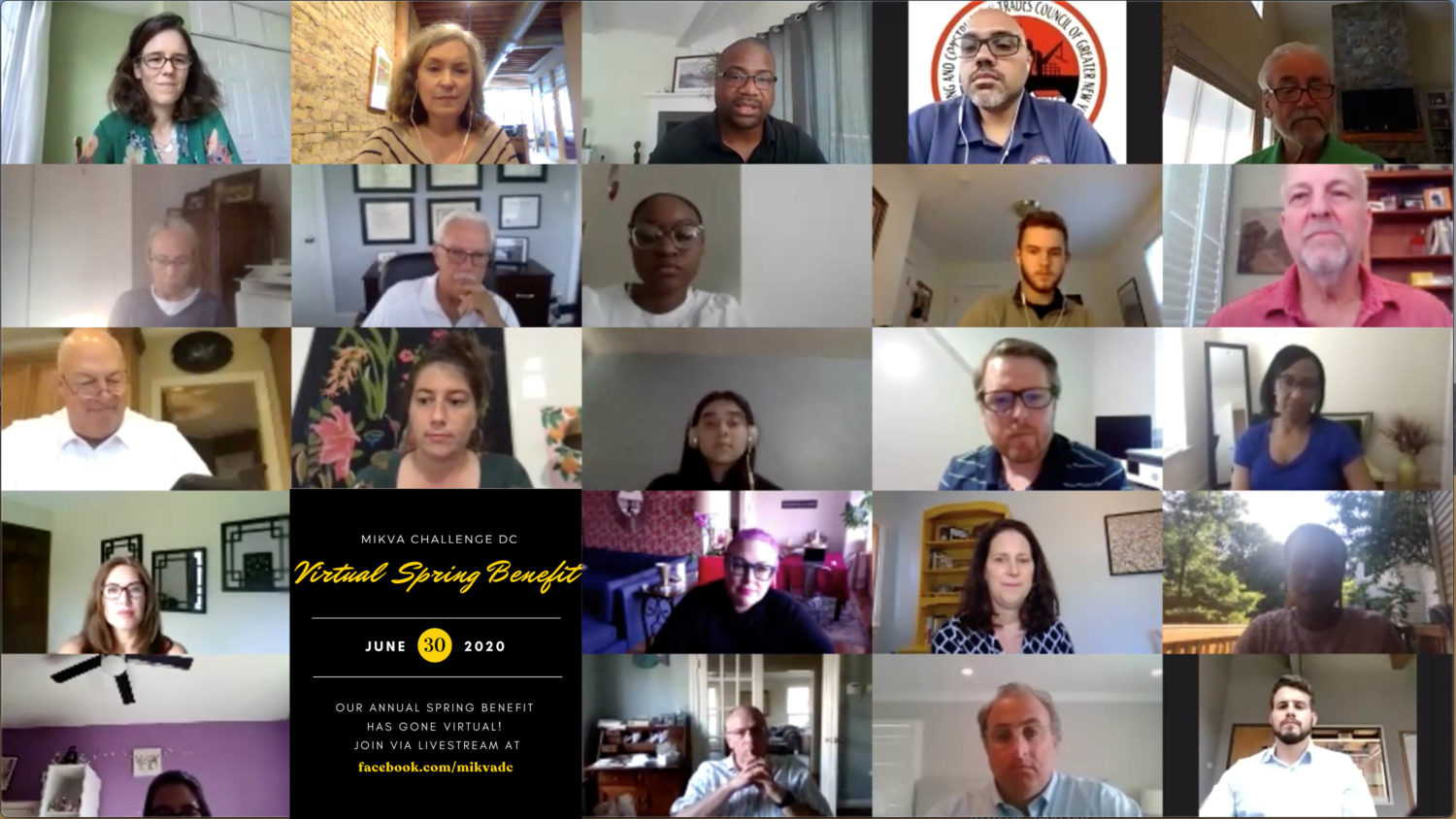 Washington, D.C. The AFL-CIO Investment Trust Corporation (ITC) supported Mikva Challenge DC (Mikva DC) for the fifth year as a lead sponsor of its 2020 Spring Benefit. The event was hosted virtually on June 30, 2020, due to the Covid-19 pandemic.

The annual fundraiser celebrates and raises support for Mikva DC, which is committed to creating a stronger, more inclusive democracy by empowering the next generation of informed and active youth citizens through public policy programming. Mikva DC opened in 2015 based on the success of the Chicago-based Mikva Challenge, which was founded in 1997. In the past five years, Mikva DC has showcased student-led community change projects, reaching over 1,200 local students at more than 30 schools across the District. Through its partnerships with classroom teachers, the program integrates action civics into students’ classroom experiences and provides opportunities for students to engage in real-life democratic experiences outside of the classroom.

During the virtual event, Mikva DC presented its 2020 Mikva Legacy Award to Terence M. O’Sullivan (Terry), President of the Laborers’ International Union of North America (LIUNA!). President O’Sullivan has worked for over four decades on issues of importance to his union and the broader labor movement—including promoting investment in infrastructure; Davis Bacon and Prevailing Wage legislation; and working for retirement security. Mikva DC students had a chance to speak with President O’Sullivan who shared his experience and his perspective on the importance of young people in becoming leaders for the next generation, especially during this important moment in our nation’s history.

Randy Kinder, President of the ITC, and Chair of Mikva DC’s Advisory Board, had the honor to introduce President O’Sullivan. “Under his leadership, the Laborers have increasingly made their voices heard on issues that matter most to them, in the press, at forums, on social media, and in other public venues. Terry has made it a priority to invest in the Laborers’ political and organizing work to ensure that working people’s voices are heard and respected in our democracy,” said Kinder. “Terry is a personal hero of mine; his passion and moral clarity inspire and motivate me and countless others who have the opportunity to be associated with LiUNA and the Labor Movement as a whole. It is truly an honor and pleasure to present Terry with the 2020 Mikva Challenge DC Legacy Award this year,” finished Kinder.

“Terry is a personal hero of mine; his passion and moral clarity inspire and motivate me and countless others who have the opportunity to be associated with LiUNA and the Labor Movement as a whole. It is truly an honor and pleasure to present Terry with the 2020 Mikva Challenge DC Legacy Award this year.”

“Over the past 117 years, we have grown from a handful of workers into one of the largest and most powerful trade unions in North America. LIUNA serves as a beacon of hope and opportunity that has enabled millions of working men and women to build good blue-collar, middle-class lives for themselves and their families,” said President O’Sullivan. “I am truly awed and inspired by what Mikva is doing to empower young people to become activists and agents for change; to teach them how to speak up, organize, mobilize their communities, and to value collective advancement over individual achievement,” finished President O’Sullivan after receiving the Legacy Award.

Robyn Lingo, Mikva DC’s Executive Director, thanked all the sponsors and donors for their support. “YOU, our community of supporters, came through for Mikva Challenge with your overwhelming and amazing generosity!” said Lingo. “Your vital investment will propel Mikva DC’s work forward into this pivotal election year. We are at an important moment of national reckoning and movement forward on racial justice during this school year, which will continue to require ongoing creativity and innovation,” said Lingo.

To learn more about Mikva or to donate to the program, please visit their website at mikvachallenge.org.