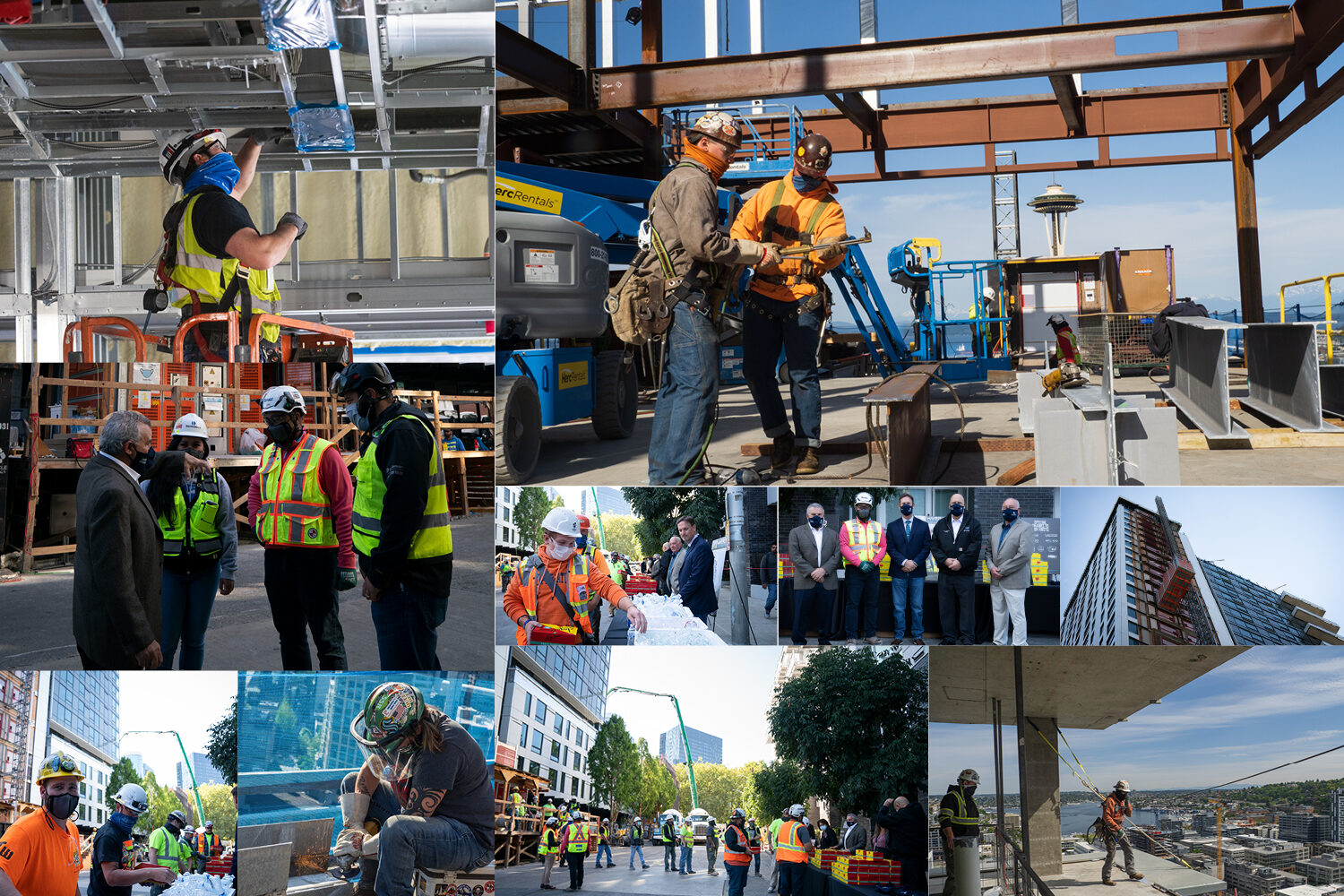 The ITC & BIT with Labor leaders and workers in Seattle

Seattle, WA – In celebration of Labor Day, the AFL-CIO Investment Trust Corporation (ITC), and the AFL-CIO Building Investment Trust (BIT), were proud to host a worker appreciation event at Waverly Apartments. Over 140 workers and local labor leaders were able to enjoy lunch outdoors while practicing safe social distancing and other Covid protocols. The building is being built with 100% union labor by the men and women of the Seattle Building and Construction Trades Council. The project is expected to generate nearly 1.5 million hours of union construction work.

The project is one of the most recent assets being built as part of the BIT’s “build to core” strategy.  The BIT is the only commercial real estate fund to license the AFL-CIO name; investing union pension capital into core real estate. With $5 billion under management, the BIT has invested in over 100 new development projects since its inception in 1988. All investments made by the fund are subject to a responsible contractor policy. The fund has generated more than 50 million hours of union construction work since 1992.

“This is an exciting example of union pension plans investing in our community” said Larry Brown, President of the Washington State Labor Council, AFL-CIO, who spoke at the event. “We thank the AFL-CIO Building Investment Trust and its partners for not only their work on the Waverly Apartments project, but also for supporting and acknowledging the local tradesmen who are building the Seattle skyline of the future.”

The BIT is the equity investor in The Waverly, a 374-unit multifamily rental building is in the South Lake Union neighborhood adjacent to Denny Park, and upon completion will offer panoramic views of downtown Seattle, Lake Union and the Space Needle.

“The Washington Building Trades have long been a supporter of the BIT. The work that they do has been meaningful to supporting economic development objectives in the state,” said Todd Mitchell, President of the Washington State Building Trades, in attendance at the event. “We encourage other real estate managers to replicate the BIT’s ability to create good, union construction jobs through their investments.”

The Waverly’s estimated completion date is late January 2022. The project sponsor is dedicating the building to the local union workers who made the construction of the building possible. A plaque acknowledging the workers will be placed in the lobby of the building.

“Waverly Apartments is a primary example of how the BIT invests pension dollars and puts union members to work,” said Randy Kinder, President of the ITC. “It always gives us great pride in the labor movement, when we are able to acknowledge the contributions of hard-working union construction workers,” said Kinder.

Click here to learn more about the BIT construction in Seattle.