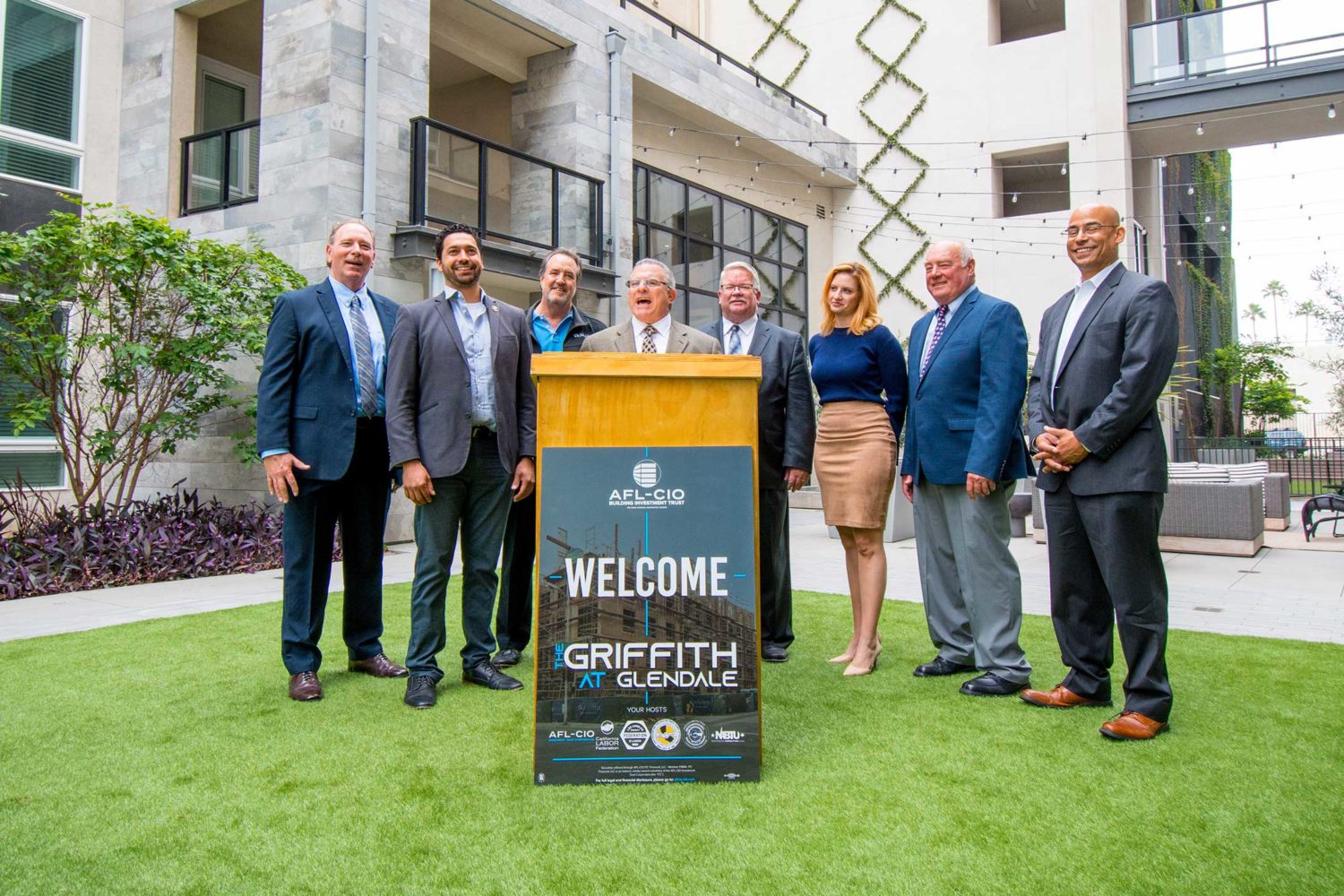 Glendale, California — On May 15, 2019, the AFL-CIO Investment Trust Corporation (ITC) held an open house and ribbon cutting ceremony at The Griffith, a 220 unit five-story apartment complex in Glendale. The event was hosted by and featured leadership from: Mill Creek Residential, the California Labor Federation, the Los Angeles County Federation of Labor, the State Building & Construction Trades Council of California, the Los Angeles/Orange Counties Building & Construction Trades Council, and the AFL-CIO BIT.

“On behalf of the Council, I want to thank the AFL-CIO Investment Trust Corporation and the AFL-CIO Building Investment Trust. This incredible property wouldn’t be possible without their support. This project brought countless jobs to the local building trades, helping our union brothers and sisters earn good wages while contributing to a new local landmark.”

The property features one-, two- and three-bedroom apartments with custom cabinetry, quartz countertops, and stainless-steel appliances. Other luxury amenities include large outdoor social spaces including a pool with cabanas and grills, activity areas, a rooftop deck, and dog run. The community includes a parking garage, fitness center, community room, and bike storage. It is convenient to Metrolink, which connects to Los Angeles’ Union Station.

“This project involved many local trade organizations and government working together. Without their support, this new structure would never have been able to be constructed.”

The ITC would like to extend special thanks to the following: