The ITC and BIT Host Worker Appreciation Luncheon in Chicago 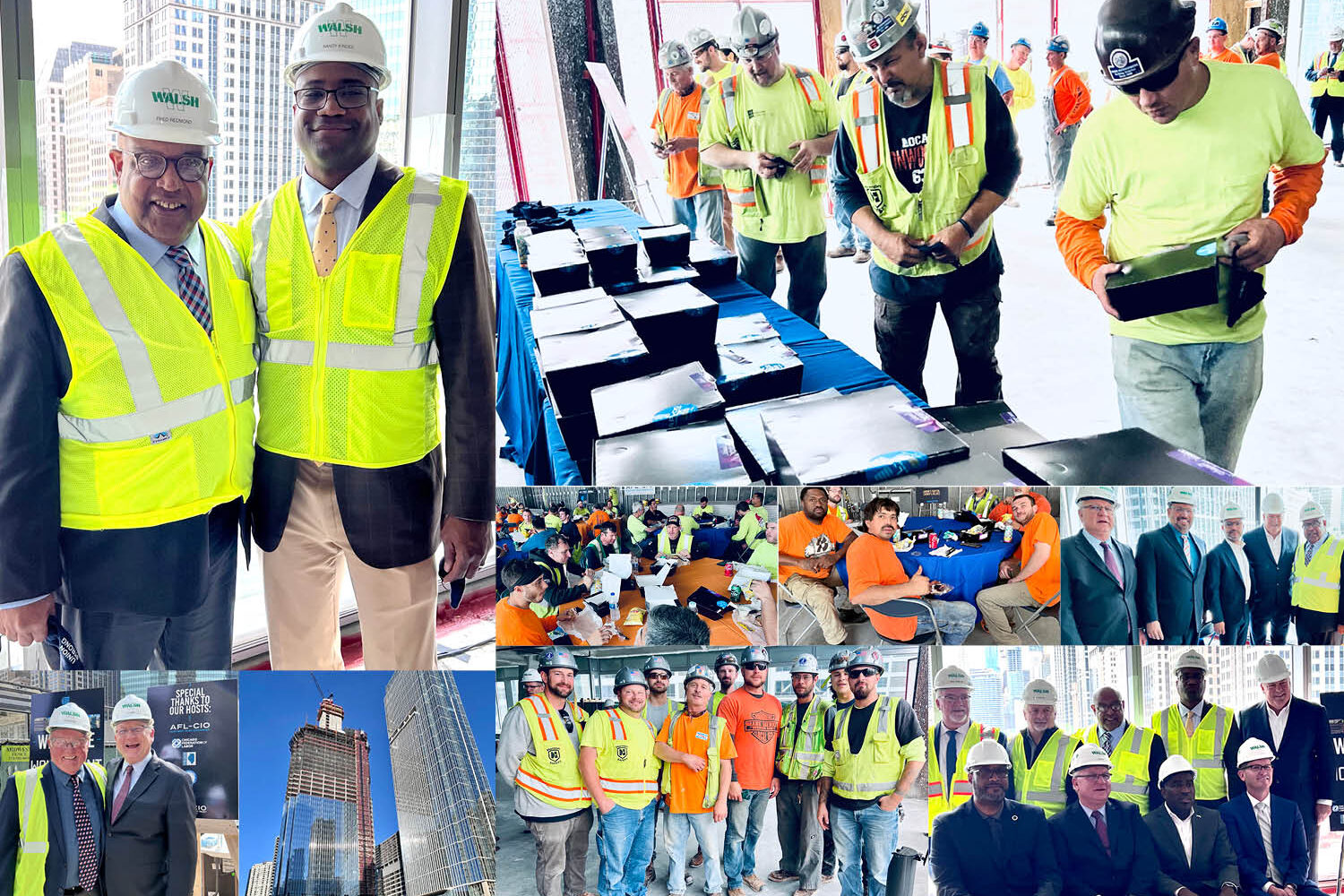 The ITC & BIT with Labor leaders and workers in Chicago

Chicago, Illinois – On Wednesday, October 13, 2021, the AFL-CIO Building Investment Trust (“BIT”) and the AFL-CIO Investment Trust Corporation (“ITC”) were proud to host a worker appreciation luncheon at the Wolf Point South: Salesforce Tower development project. The event featured AFL-CIO Secretary-Treasurer Fred Redmond and a who’s who of Chicago labor leaders recognizing the many contributions of Chicago’s building trades to the changing downtown skyline.

Located on the Chicago River and directly adjacent to Merchandise Mart, Wolf Point South is the third phase of a three-phase development at Wolf Point, the premier remaining riverfront site in downtown Chicago. The event luncheon honored the more than 225 union tradespeople currently on-site, building one of the largest construction projects in Illinois.

“The work of the AFL-CIO BIT, supporting projects like Wolf Point and others across the nation, is personal to me. I want every worker to have the same chance as my family, the chance to join a union, to work on projects like Wolf Point, and to succeed in achieving the dignity and respect all working people deserve. I want every worker to feel the power of the labor movement as a change agent for prosperity,” said Fred Redmond, AFL-CIO Secretary-Treasurer, at the event.

The BIT is the equity investor for all three phases of the development, investing union pension capital to generate over $1.5 billion in total development in downtown Chicago. The BIT’s comprehensive labor policies will generate over 6 million hours of work for union constructions trades on the site.

“We are proud to stand here today with the BIT to support our workers, bolster the middle-class dream, and ensure that Chicago remains the most pro-worker city in the nation. Today we celebrate the hundreds of workers here at Wolf Point and the thousands of workers at other projects across this city as we build a stronger, resilient and more vibrant Chicago,” said Robert Reiter, President of the Chicago Federation of Labor.

In Chicago, over $3.9 Billion in total economic benefit has been created through construction investments made by the BIT. Like other BIT construction projects, after completion, the comprehensive labor policies will also create ongoing work hours related to the service, maintenance, and repairs of all three buildings.

“The impact of the BIT’s investments begins with you, the hard-working men and women of the building trades.  However, please know that your hard work today will pay dividends to workers and our great city for years to come.  The labor movement should be proud of the impact we have collectively in our backyard,” said Tim Drea, President of the Illinois AFL-CIO.

With over 250 pension funds invested in the BIT, this fund brings to life the meaning of solidarity in the labor movement. In Chicago alone, the BIT has made a significant impact on the Chicago Building Trades, creating nearly 11 million hours of work for union members over the past 30 years.

“What I enjoy most about the labor movement is putting people to work, trying to give people the opportunity to have a middle-class life with benefits and retirement”, said Ralph Affrunti, President of the Chicago and Cook County Building and Construction Trades Council. “Through vehicles like the Building Investment Trust, we get to do just that, while also supporting a great fund for the labor movement.”

“Wolf Point South, along with the other BIT construction projects, are a testament to what we can achieve together as a movement,” said Randy Kinder, President of the AFL-CIO Investment Trust Corporation at the close of the event. “The hours of work generated on projects like Wolf Point with our pension dollars are of critical importance towards the growth of the labor movement,” finished Kinder.

For more info about Wolf Point South or the BIT: aflcio-bit.com